So here's an update on where I am up to on my 'Around my wargames room in 80 days' Self challenge...

In preparing for the MOAB convention in Sydney, I decided my theme would be; whatever will get the most stuff ticked off my list, while including something awesome and historical....AHA!! that'll be British 6th Airborne Div Recce troop in Normandy along with captured Sdkfz 10/4!!! ( See below for historical image).

Of course, some of this project isn't even ON my list- But time to get it added so I can tick it off!!

This project has been threatening to become reality with all the random cheap Recce jeeps and commonwealth jeeps I' ve been picking up here and there the past 2 years. Plus, it became reality when I bought a Rubicon Sdkfz 10, and was fortunate enough to win Rubicon's facebook page banner competition for August. When I asked for one of the cheapest kits they make ( the flak 30 that completes the 10/4 construction) , I'm pretty sure they took pity on me as a complete lunatic and immediately succumbed to my suggestion that they might (please!) have airborne crew sprues from a commonwealth jeep available at the factory somewhere...and VOILA!! all the kits and parts required to make this historical build! Thank you so much Rubicon Models, you rock.

Note that the winter cam Tiger I tanks were NOT done by me... I picked up these two tanks at a steal on Trade Me. Robert is the name of the gentleman who did these, and he's started up a website selling commission painted miniatures and terrain. Here's his website , go take a look;

I might take some pics of them for another post. Anyway, they were getting a shot of matt varnish over the decals when everything else was getting theirs done.

Heres the list updated with what i have completed and in progress for those of you who are playing along at home ( or just want to laugh at my folly). Updates are in BOLD;

Tropical FJ for our book's " How to paint tropical Fallschirmjager" video, linked to our you tube page- DONE!!!

British M7 Priest SPG -IN PROGRESS- Being detailed and weathered 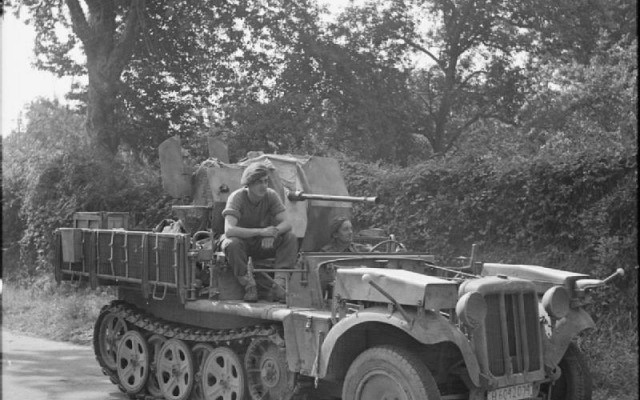 ​So thats it..1 calendar month to go. With me heading over to Rexs place in order for us to to attend MOAB in Sydney, I  will need to make decisions on what to take to continue the challenge from over there. There is a chance that in fact nothing will go with me due to space constraints ( after all...why would i want to miss out on a bargain from the bring and buy at MOAB that i never knew i needed, simply for lack of room in airplane baggage??!!) although I might fit in a few minis and then add them to the list for my troubles!

Ill update again at the end of october with how I finished up my challenge..wish me luck! If anyone else takes up the challenge in your own 80 day window you choose, we'd be interested to hear and see how youve got on!

Amazing, I need to set myself some sort of challenge my pile of shame is making me sad

0 Cancel Reply
Amazing, I need to set myself some sort of challenge my pile of shame is making me sad
Cancel Update Comment